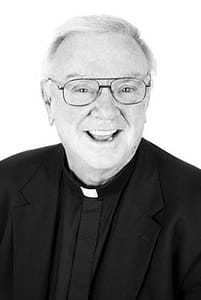 After initial studies for the priesthood, he joined the Congregation of the Mission (the Vincentians) in 1958 and was ordained to the priesthood at DeAndreis Seminary, Lemont, Illinois, by Archbishop John Cody on May 19, 1967. He served in the Vincentian community in Lemont, Kansas City, and St. Louis before moving on to further studies in spirituality and in English, graduating with a doctorate. His experience in seminary preparation and his loving and supportive character made him an ideal mentor for Vincentian candidates in New Orleans (1982-88).

He was pastor of St. Vincent de Paul parish in Chicago (1988-94), and again director of Vincentian candidates, this time in Philadelphia. His various personal and organizational skills served him well at DePaul Centre, Nairobi, Kenya, where he served from 1996 to 2011. He laid the foundations for the physical infrastructure and the personal development of Vincentians in East Africa. Serious illness caused his return to beloved Chicago, where he lived until his death.

Funeral arrangements begin with visitation, Tuesday, March 7, 2017, at 4:00 p.m., St. Vincent de Paul parish, 1010 W. Webster Avenue, Chicago; followed by the Mass of the Resurrection, at 7:00 p.m. A reception will follow in the Student Center, DePaul University. A private Burial will take place in the morning of Wednesday, May 8, 2017, at St. Mary’s Cemetery, Evergreen Park, Illinois, in the Moriarty family plot.